Golfers from around the world are streaming to The Villages, FL, to rejuvenate their game. The spontaneous story behind this quest isn’t your traditional response to straighter drives, a better short game, or making more putts. Golfers are asking questions and getting surprising results from oxygen.

The Aviv Clinic’s first United States facility was built on the foundation of delivering an effective protocol to enhance performance in both the brain and the body. A surprising offshoot of the data and analysis generated from Aviv patients is that Hyperbaric Oxygen Therapy, or HBOT, may not only improve one’s cognitive and physical abilities, it may also transform your golf game.

Aviv Clinic in Tel Aviv, Israel, has been treating clients for strokes, Alzheimer’s, decline from aging, wound care, kidney disease, chronic pain, and brain injury for 15 years. Only recently, and specifically at the new facility at The Villages, did it come out that hyperbaric oxygen therapy can deliver exciting golf game results.

Oxygen’s New Home at The Villages 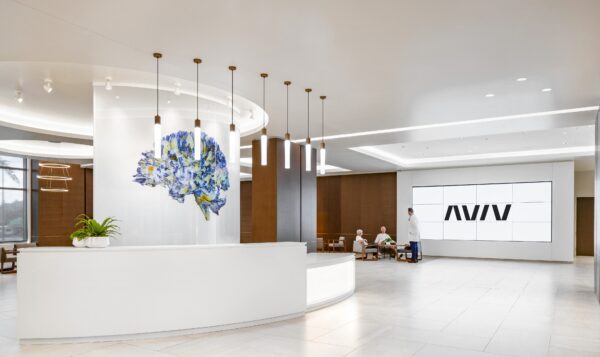 Aviv’s Tel Aviv facility has been treating 200 clients daily for over a decade. A significant percentage of those patients come from the United States. Aviv Clinic opened a new facility at The Villages in June of 2019 to meet the U.S. demand.

In 2020, 3.4 million rounds of golf were played in The Villages. That’s far and away the most at one location in the United States. With golf being the favorite sport of Aviv’s new U.S. hometown, the hyperbaric treatment center began collecting data and adjusting the physical, as well as cognitive protocol, for their golf playing patients.

Not only were Aviv’s team of Physiologists, Neuropsychologists, Nurses, Physicians, and Nutritionists, discovering that their protocol generated encouraging before-and-after cognitive and physical results, this same hyperbaric medical protocol could enhance the range of motion, focus, and hand-eye coordination for golfers. 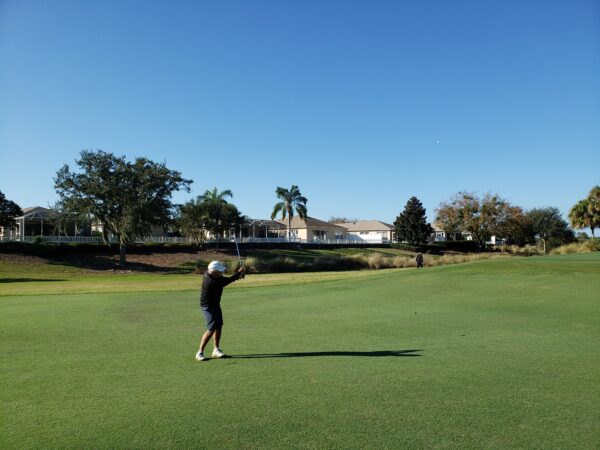 Don is a Pennsylvania-native and a retired Army Electronics Engineer who has lived in The Villages since 2013. Don is an active golfer, hiker, and pickle ball player. He also suffers from cervical dystonia. This is a painful condition which causes your neck muscles to contract involuntarily.

“I know a Yoga Instructor who decided to pursue Aviv’s 12-week program of hyperbaric oxygen therapy, cognitive training, physical training, and personalized nutrition. My friend is a smart guy. I thought that with Aviv’s facility located right in my backyard, I would make the investment in my health,” Don said.

Don completed the Aviv program in November of 2021. Since that time, his cervical dystonia has decreased dramatically. Don also received an added bonus: his already good golf game has gotten even better. “I find that my swing is looser and more fluid. Plus, my focus, green reading, and putting is the best it’s ever been.”

Hyperbaric Oxygen Therapy – How it Works 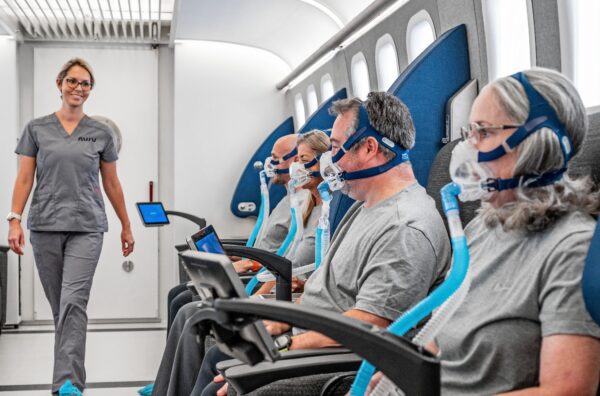 Once a client decides he or she wants to participate in the 12-week, five-days-per-week program, a personalized plan is developed. A full evaluation of your biology is created describing your health profile. This tells the Aviv Team how the program might help you and ultimately guides a patient’s treatment approach.

The health transformation from the 12-week Aviv Treatment results from deploying proprietary HBOT protocol, cognitive and physical training, and a personalized nutritional program. The entire process works under the supervision of a dedicated team of healthcare professionals.

Over 12 weeks, patients take part in 60 “Dives” or HBOT treatments. These oxygen-infused sessions take place in a pressurized environment. During their fluctuating oxygen treatments, the patient participates in brain stimulation exercises by using a tablet. A baseline MRI, and data assessment, determine the best ways to optimize one’s performance. These MRIs provide a visible progress report, and can also reveal evidence of stem cell regeneration, as the patient advances through the program.

From Combating Age Decline to Seeing Elite Athletes and CEOs 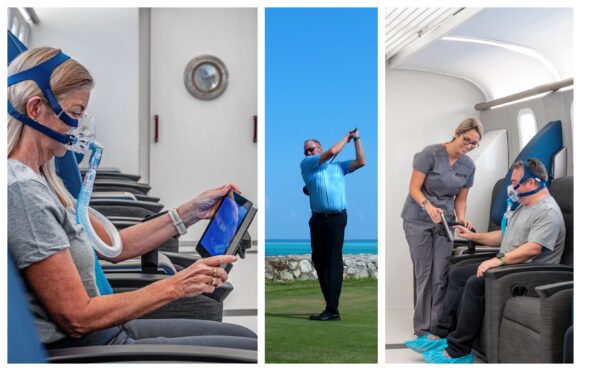 AVIV’s initial hyperbaric oxygen treatment focused on stroke patients, those with traumatic brain injuries, and patients with mental/physical decline caused by aging. As breakthroughs in these areas occurred, the word began to spread, and Aviv’s audience grew.

In Europe and the Middle East, players on the European Golf Tour and NASCAR circuit took notice of Aviv testimonials. A younger audience reached out to Aviv for help in enhancing focus, better physical capabilities, and improved decision making. Suddenly Aviv’s client base evolved from aging patients seeking a better lifestyle to individuals at the top of their respective careers seeking more endurance and the ability to stay razor sharp.

In the U.S., Aviv’s new facility in The Villages began hearing from a confidential stream of ex-NFL athletes, professional golfers, collegiate golfers, and weary CEOs looking to gain a competitive edge. AVIV’s U.S. CEO Dave Globig says a motto emerged from these quiet testimonials. “For every client who comes through our doors, two more follow.” 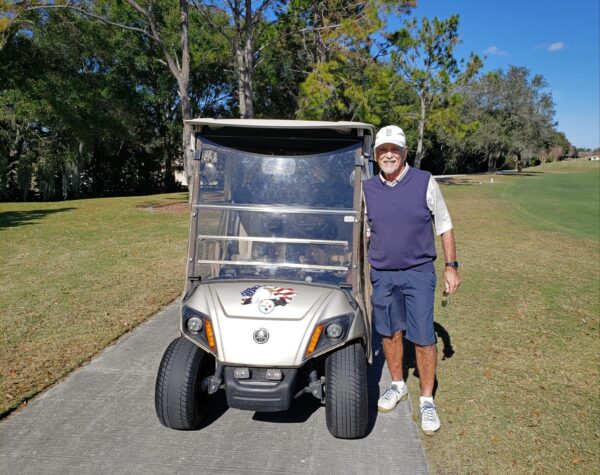 Aviv’s gleaming 40,000-square-foot facility at the Center for Advanced Healthcare in The Villages is poised for the future. There is a felt sense of anticipation surrounding their four state-of-the-art hyperbaric chambers. “Hardly a week goes by that we don’t witness something game-changing with one of our clients. Just last week I observed a stroke patient move from a wheelchair to a cane. It’s moving to see someone improve their quality of life,” Physiologist Aaron Tribby said.

CEO Globig felt it was important for him to walk Aviv’s walk. Globig attended Aviv’s 12-week treatment program along with his now 70-year-old Dad. “This was my aha moment.  My Dad can now sleep through the night. This well-rested benefit means he can continue to be hands-on with the rental properties he loves to work on,” Globig said.

Don, the 77-year-old retired military man and Aviv success story, was asked how he would rate his hyperbaric oxygen therapy journey. “I’m playing golf, playing pickleball, and hiking. As far as my Aviv experience, I’d do it all again.” On a 75-degree sunny day in The Villages, FL, there’s something exciting in the air that feels like oxygen for the soul.   https://aviv-clinics.com/golf-performance/