In 2010, Jim Jardine decided it was time to slow the pace of his hectic life as a software development professional in Calgary, Alberta.  Of all the options laying before him, owning a gin distillery on the Caribbean island of Grenada was far off his radar.

After traveling 4,000 miles to plant roots in Grenada, Jardine found that the spice-rich island was teaming with the botanicals necessary to make a new kind of gin. Around the same time Jardine nailed down the ingredients for his first batch, he met Aaron Salyer, a former Australian Coastal Engineer turned sailing aficionado and digital marketing whiz. 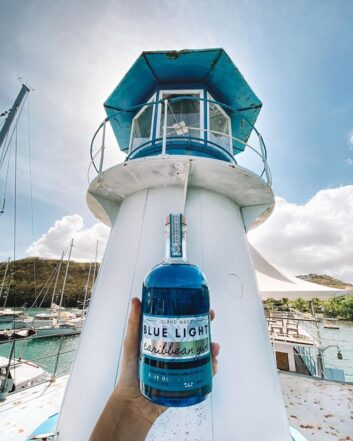 In 2018, Jardine and Salyer’s Blue Light Caribbean Gin launched on the grounds of Grenada’s Le Phare Bleu eco-resort. The resort’s oceanfront setting is the picturesque home to Blue Light’s world headquarters, a 500-square-foot-distillery. The site is also where you’ll find a floating bar in the form of 120-year-old Swedish lightship. The lightship serves as the fitting inspiration for “Blue Light Caribbean” label, website, and brand.

Gin – The Fruits of Your Labor 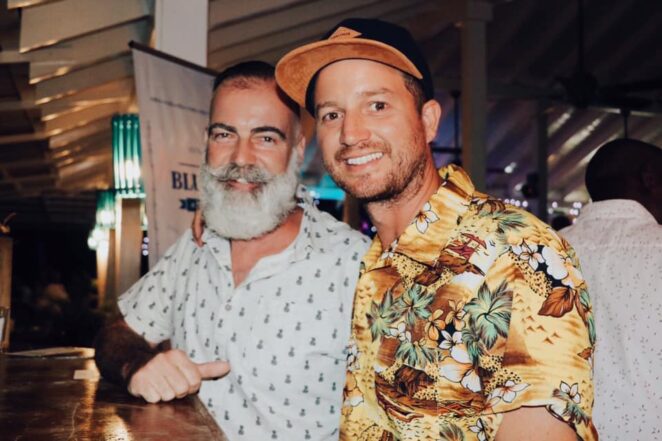 When Jardine and his wife Stephanie arrived in Grenada in 2010, he was astounded by the abundance of fruit and botanicals growing on the island. Coconut, guava, ginger, mango, oranges, papaya, passionfruit, plantains, starfruit, and tamarind were everywhere. Jardine got the okay from the Grenada government to move forward on building a juice factory, as well as cultivating a network of fruit farmers. Summer Juice Ltd. began servicing the island’s bars, restaurants, and hotels with an array of homegrown juices.

Ever the business dreamer, about seven years into his juice enterprise, Jardine started playing with the idea of converting one of his juice holding tanks into a still after inadvertently creating a batch of fermented juice from local oranges. This time, Jardine decided that when life gives you fruit, you make gin. 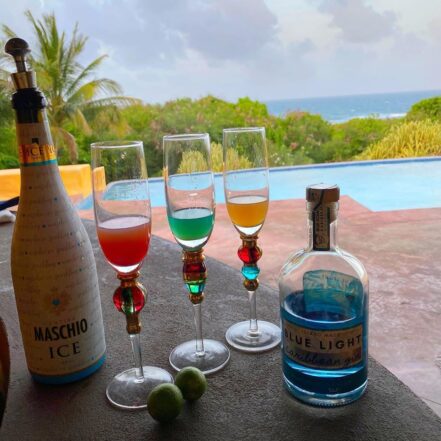 The feedback Jardine received on the scent and taste of his original orange flavored gin consistently included comments like, “this is something I’ve never tasted before.” Jardine felt his gin recipe had potential. That’s when he joined forces with Salyer, and the duo began marketing Blue Light Caribbean Gin while hoping their new spirt could also bolster one of Grenada’s most precious resources.

A Passion for the Blue 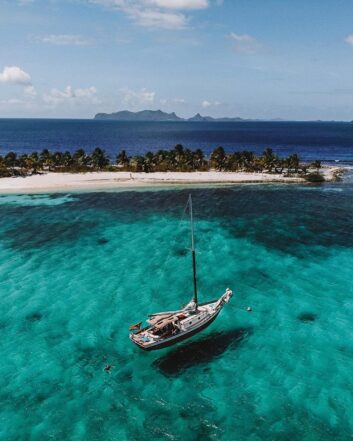 One of the main reasons Jardine and Salyer were drawn to Grenada was the island’s amazing coral reef. The business partners believed that Blue Light Caribbean Gin would not only provide islanders, sailors and vacationers with classic Caribbean cocktails, their business could also help protect Grenada’s reef and beaches.

A portion of Blue Light Caribbean profits go toward beach cleanups, the preservation of mangroves, and projects dedicated to marine and coral reef protection. A blue gin that turns purple is one of their headliners that funds these projects. 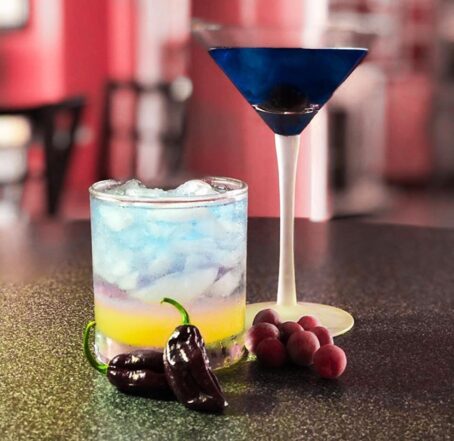 The Blue Ocean Edition Gin includes a secret ingredient. By adding a locally grown flower called the Butterfly Pea to their recipe, their gin turns blue in color. If you add tonic, lime, or grapefruit to your cocktail, the color turns purple or violet. The unique Blue Ocean Edition has become a huge hit at distillery tours, boat parties, and happy hours.

Sniff the Scent of Success 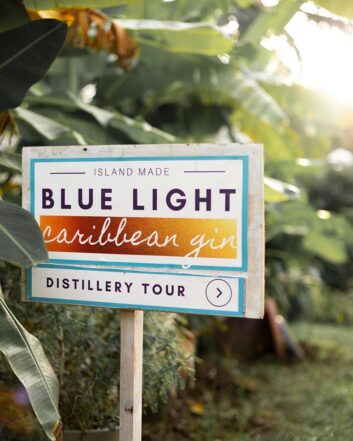 Happily, The Blue Light Gin distillery is now woven into the fabric of Grenada island life. Vacationers are drawn to the scents emanating from the Blue Light still throughout the day. 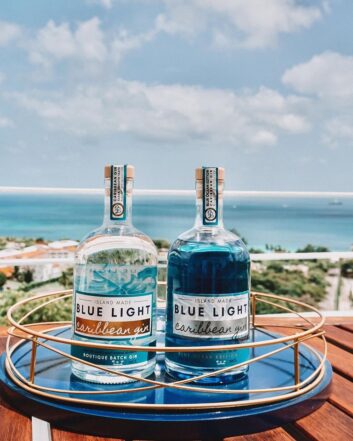 During the 2020 year of COVID, Jardine and Salyer have needed to ratchet their already creative business plan up a notch. Along with two other Grenada distilleries, Blue Light Caribbean has created a hand sanitizer to address the shortage for island residents.

Dancing in the Blue Light 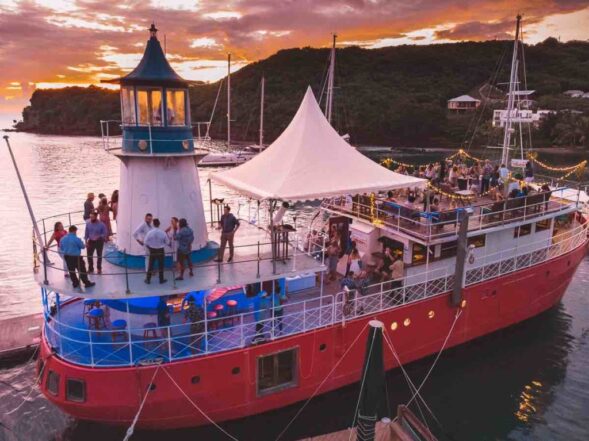 Since relocating to Grenada, adapting to island life means not taking oneself too seriously. On his LinkedIn profile, Jardine describes his position as Blue Light’s Chief Bottle Washer. Salyer is shirtless on the About Us page of the company website. On the wall of their distillery visitors read a sign that says, “Trust me, you can dance.” This message is signed: Gin. 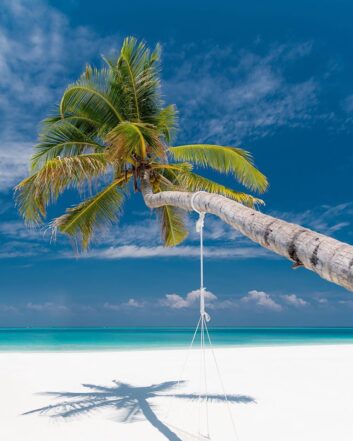 For Grenada’s resident computer geek and a relocated coastal engineer, you never know how or where their next version of the Caribbean Dream may appear. For now, it’s all-hands-on-deck promoting their line of gin and encouraging the preservation of Grenada’s pristine coral reef.