Romancing the Stone in Italy and Beyond

During a long distance phone interview with a U.S. journalist, it sounded like Tetyana Kovalenko, the CEO of Italy’s Elite Stone, was smiling. Maybe her positive tone had something to do with the fact that Kovalenko was holding her infant son. Maybe it had to do with her sharing the story of Elite Stone’s amazing international growth. Or maybe it was because Kovalenko knew a secret held only by marble industry insiders.

Elite Stone is based in Verona, Italy, the world’s leading supplier of marble, onyx, and semi-precious stones for luxury residential and commercial projects. Kovalenko relocated her operation to Verona in 2013 after first planting entrepreneurial roots in Rome, followed by a move to Carrara, Italy in 2007. 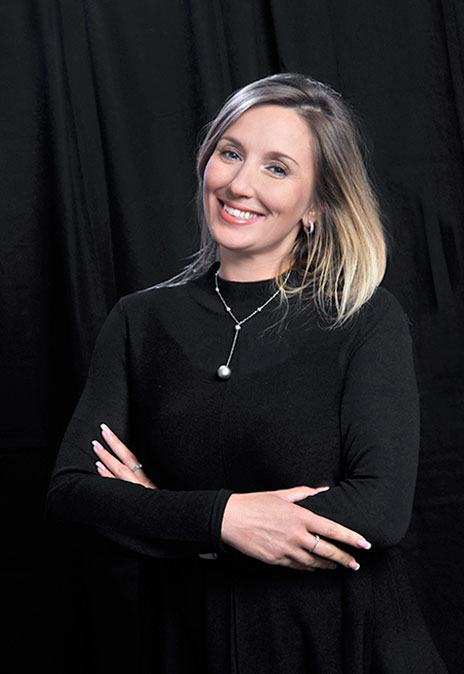 “Carrara is world-renowned for its white and blue-grey marble ever since the 17th century. Carrara’s quarries gave us the marble seen in the Pantheon and Michelangelo’s David. With the city’s history and reputation, it was great establishing a business base there,” Kovalenko said. Elite Stone’s motivation for moving on to Verona was twofold, first to connect with the region’s extensive architectural design community, and secondly the opportunity to purchase its own quarry.

An Eye for Romancing the Stone 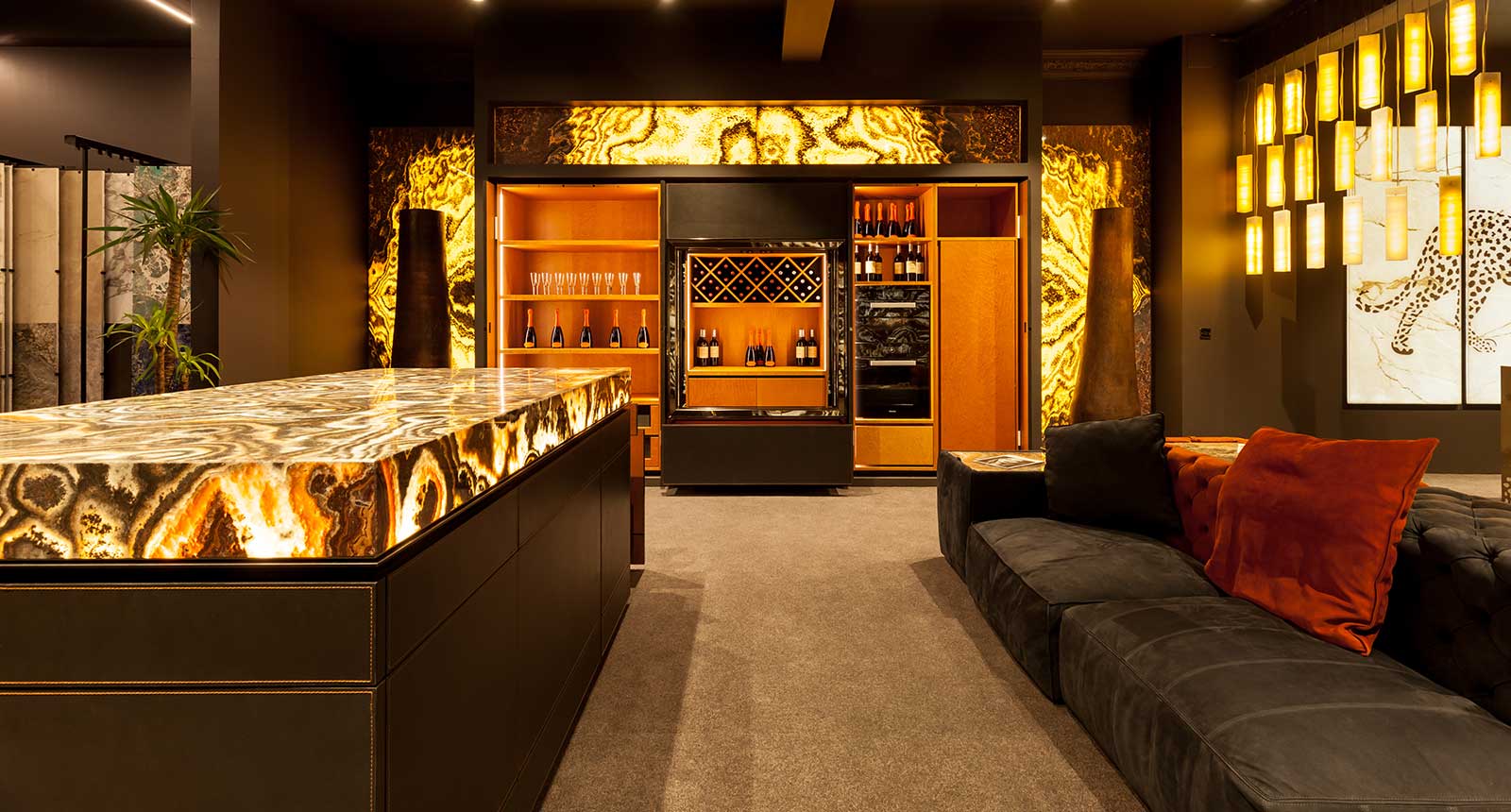 Kovalenko’s industry expert reputation stems from her discerning eye when choosing the best of the best stones. Picking marble or onyx from a quarry is a high risk, high reward occupation. “We often invest huge sums on the front end when purchasing a stone before cutting it into slabs, checking for purity, and tailoring each piece to our designs. There is always that moment of truth when we learn if the stone I chose will exceed my client’s expectations,” Kovalenko said.

This buoyant mother of two young children discovered a passion for stones while working a part-time job for a quarry equipment manufacturer. This led to Kovalenko attending college at the University of Rome in the late 90s. She fortified this hands-on marble quarry experience by studying university classes relating to geology and mineralogy. 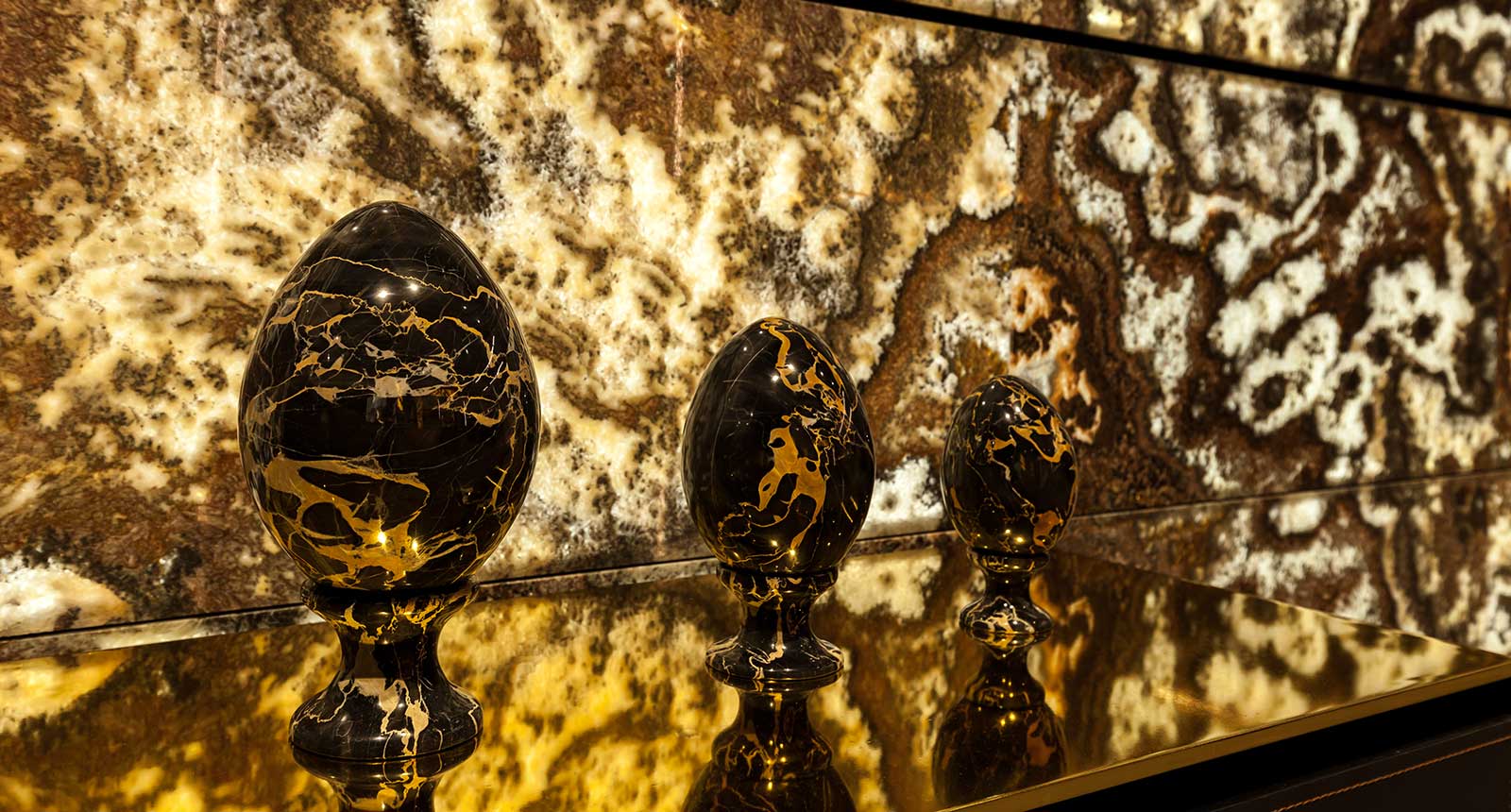 Kovalenko’s Elite Stone residential and commercial showrooms in Verona and London are the culmination of everything she’s learned about the process of selecting marble, design, fine craftsmanship, assembly, and installation. Since opening in 2000, Kovalenko’s business also prides itself in showcasing the latest in marble technology. Today’s Elite Stone offers a new design element that has the luxury architectural market bordering on breathless.

Seeing the Light in Marble 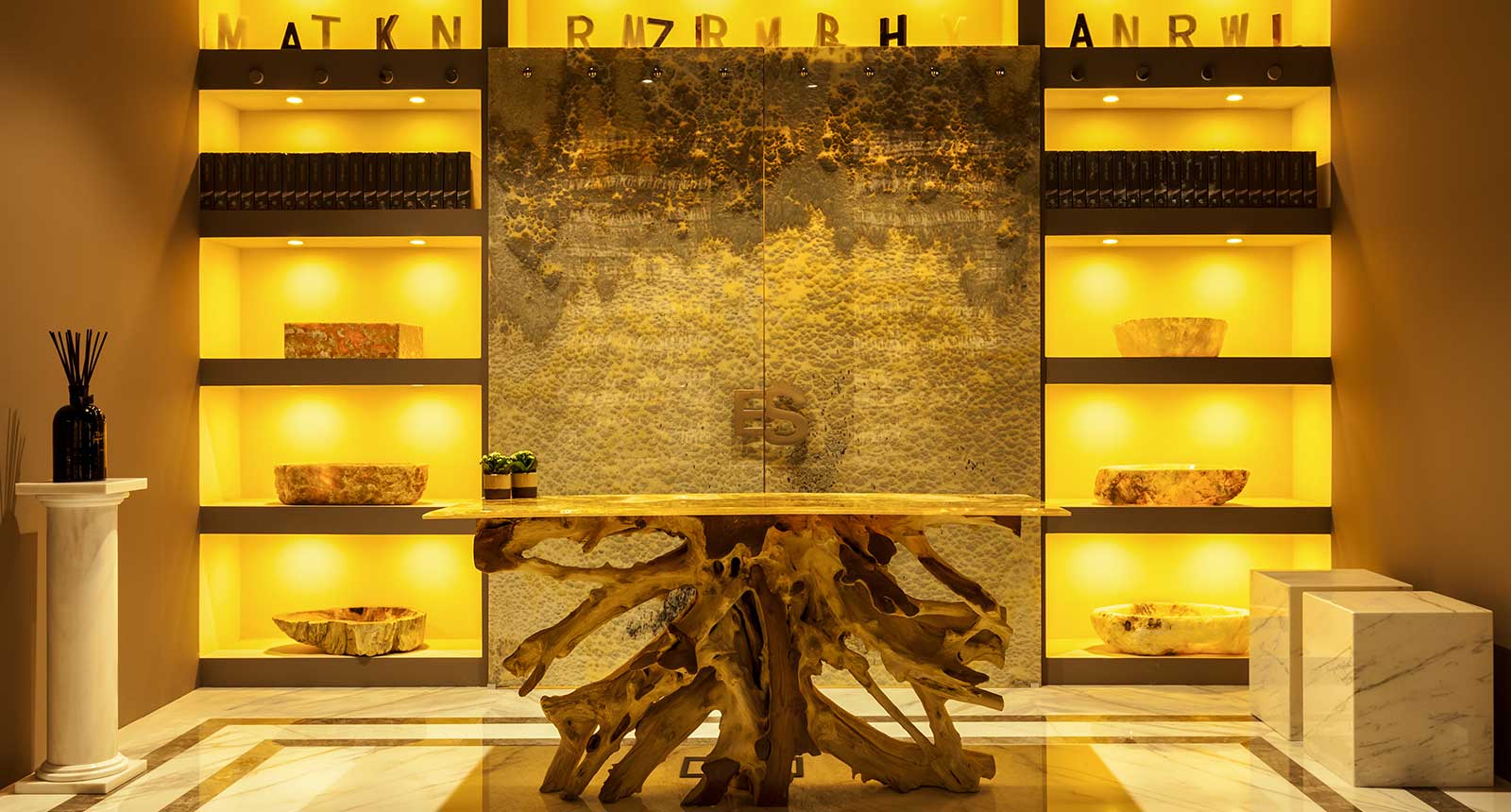 Elite Stone’s 300-square meter, two-story Verona showroom now includes something Kovalenko calls the E-Light System. This patented element features not only the latest in design and product technology, but also the ability to create an ultra-light layer of marble bonded to an ultra-light layer of glass. Add backlighting to these Elite Stone creations, and you have an architectural aesthetic that is one of a kind for your home, outdoor space, or business. 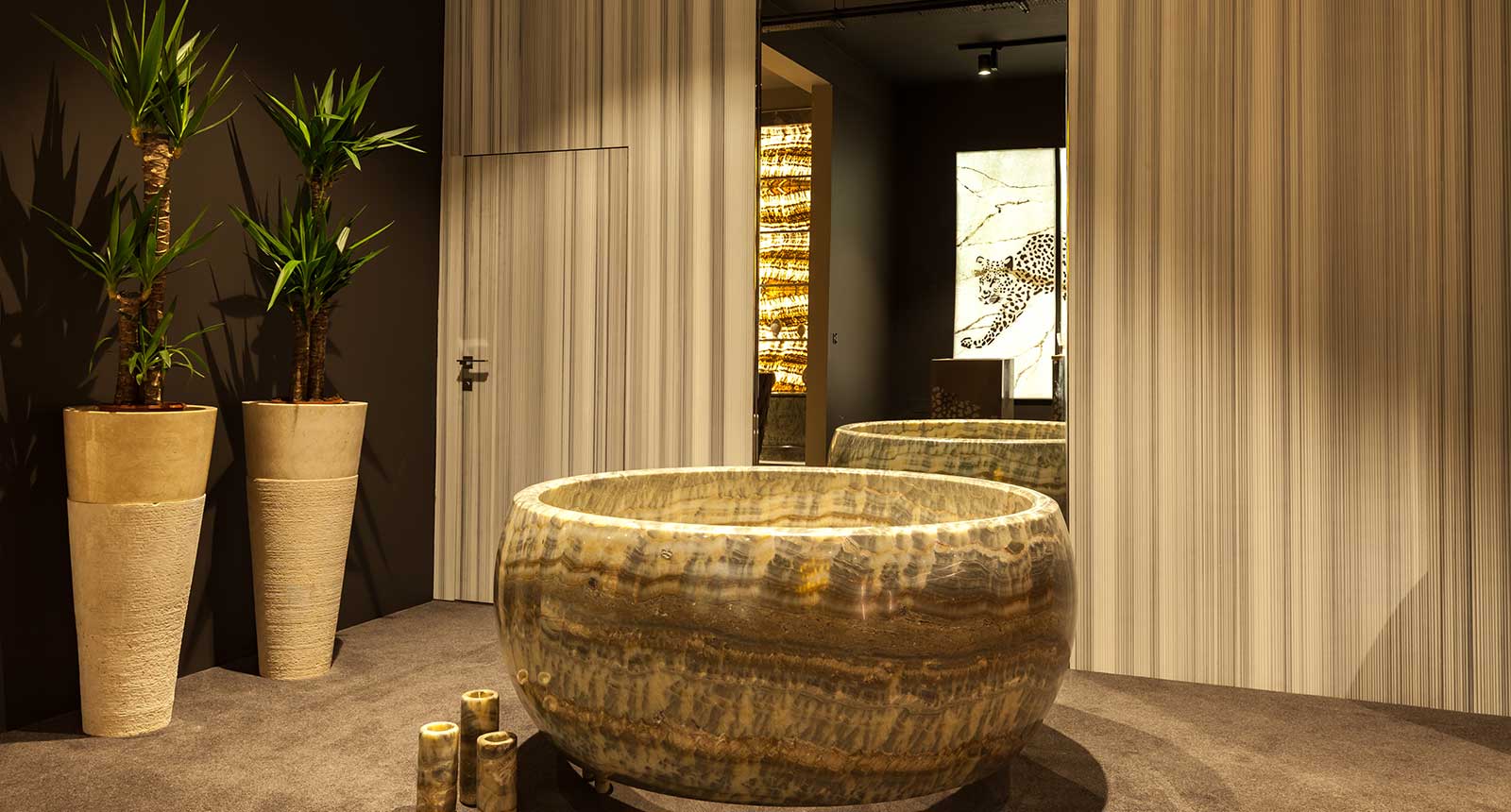 In 2017, Kovalenko’s team of artisans wowed their clients by introducing an element of motion into their designs. Elite Stone completed recent residential and commercial projects that feature floating marble floors and sliding onyx walls. These new design options, capped by Elite Stone’s rainbow of stone colors, has the luxury market buzzing. By adding their patented lighting technology to the mix, Elite Stone believes the sky is the limit for future clients. “We are always seeking to improve upon our designs. We love hearing about a client’s vision and making their marble dreams come true,” Kovalenko said. 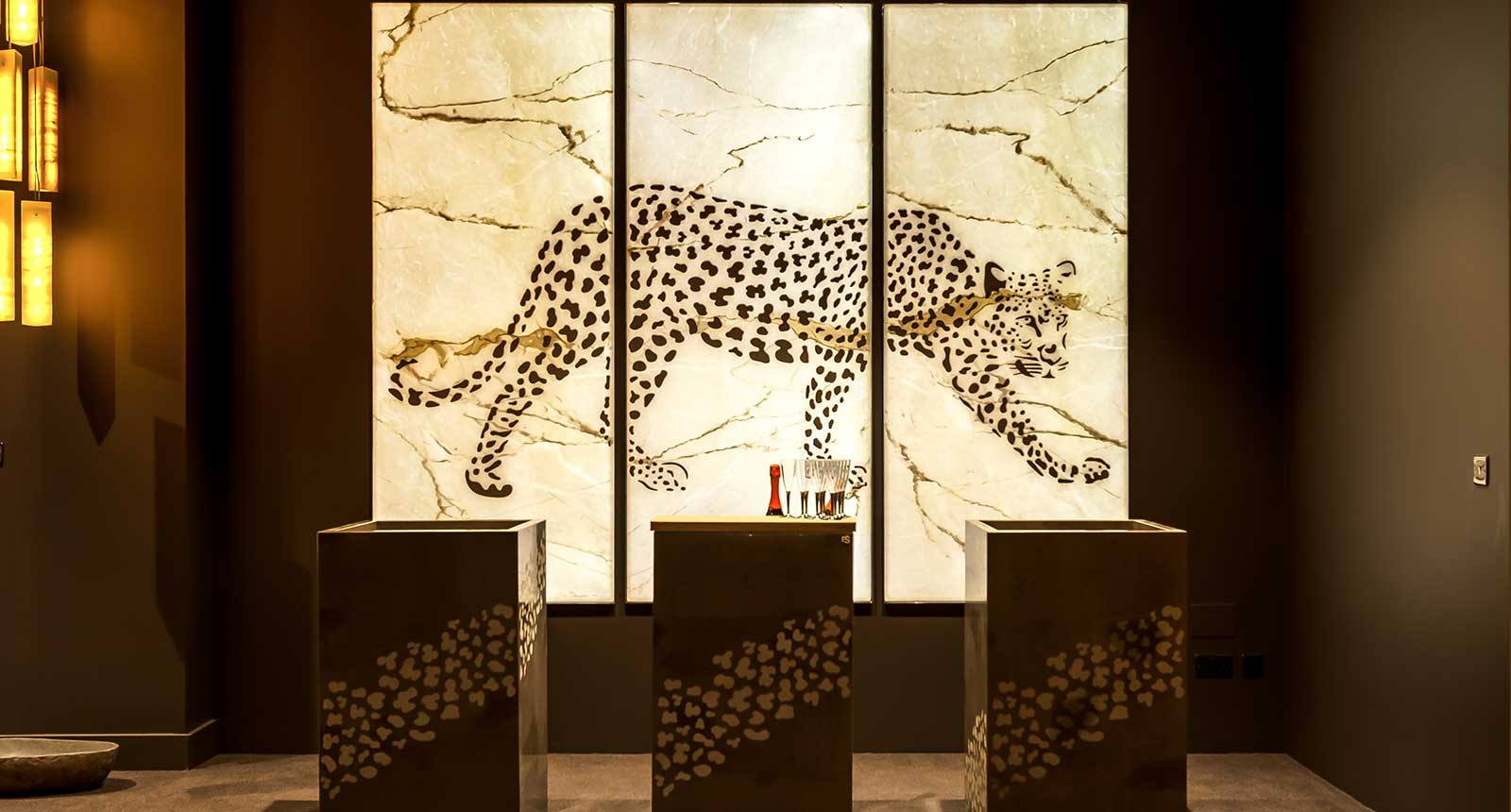 Looking back, Kovalenko acknowledged that her entrepreneurial story began when her boss at that first quarry company gambled on someone untested. “When I worked in purchasing for that first company, they took a chance on a young girl. That job introduced me to the marble industry, pursuing a degree in Geology, and ultimately starting Elite Stone in 2000,” Kovalenko said.

That first position also revealed an industry secret that would prove prophetic. “The Director at my first job told me that once you get into the marble business, you never get out,” Kovalenko said.

As you listen to the ever-upbeat Kovalenko share this self-fulfilling forecast about the industry she has grown to love, her voice sounded like she was wearing an ear to ear grin.