It’s rare to succeed on a world scale in two sports. Charlie and Stanley Pasarell not only thrived at the collegiate, Olympic, and professional levels in tennis, but their most lasting legacy may be found in a golf course perched on a cliff 200-feet above the Atlantic Ocean in Isabela, Puerto Rico.

In 1988, years after the brothers made their marks in the tennis world, Charlie helicoptered over 500-acres of oceanfront land located in the northwest corner of his native Puerto Rico. Charlie was so intrigued with what he viewed below, that he asked the pilot to touch down so he could explore this paradise up close and personal. 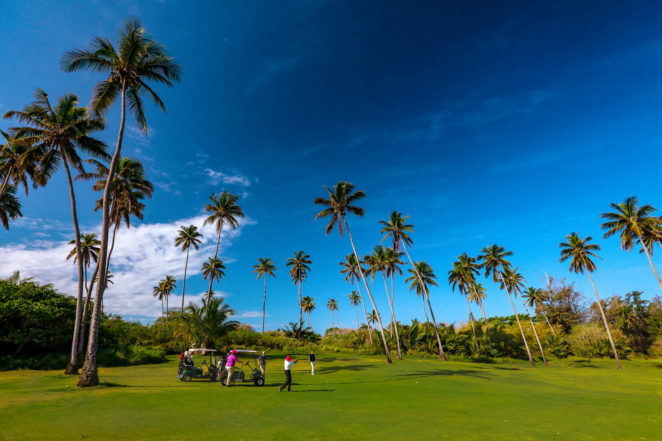 The Pasarells made it their mission to purchase the land and share it with the world. After more than two decades of negotiating with landowners, developers, surveyors, and government officials, Charlie and Stanley presented Royal Isabela Golf Course to Caribbean and international golf enthusiasts in 2008. To say that the Pasarells are passionate about everything surrounding their Isabela golf project is an understatement.

All in the Family 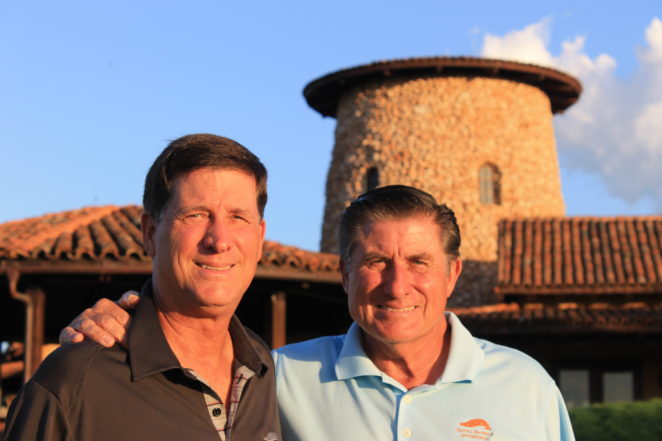 “Our Dad always wanted us to work on a business project together. Royal Isabela has turned out to be such a labor of love. The people who helped turn our golf course dream into a reality and the golfers that we’ve met from around the world all feel like family,” Stanley said.

A major element in Royal Isabela’s appeal is how untouched the layout is. The Pasarells like to say that they aren’t the creators of Royal Isabela, they are its caretakers.

Inspired By the Beauty 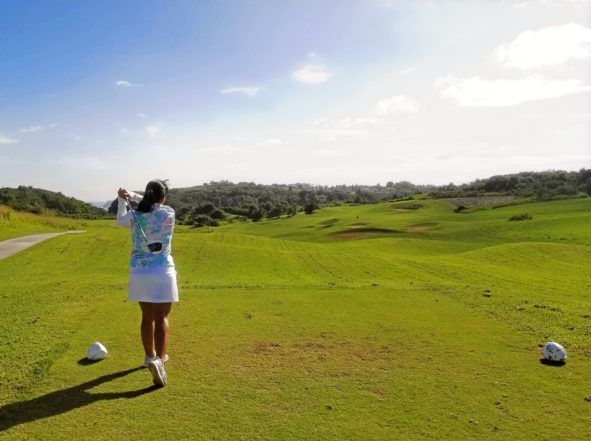 From day one the Pasarells were committed to preserving Isabela’s natural beauty and fiercely honoring the environment they are stewards of. “On our first day of construction, I heard that a local surveyor had taken down a huge tree. I raced from my office and told him to stop. I relayed that the trees on this land are sacred, and please don’t cut another branch without written permission,” Stanley said.

The goal was to move a minimal amount of dirt and simply enhance this jewel of a property. Today’s 7,500-yard Royal Isabela isn’t too far removed from what Charlie and Stanley witnessed prior to construction and ultimately shaped by Golf Architect David Pfaff. 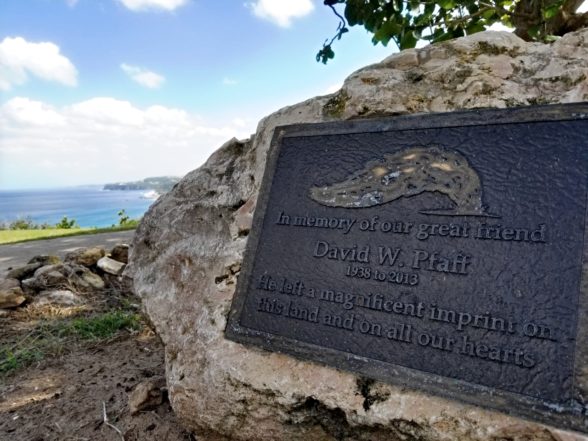 During the construction process, Pfaff flew 12 times per year from his office in Carmel, CA, to oversee Isabela’s formation in Puerto Rico. Like nearly everyone involved in Isabela’s creation, Pfaff was inspired by its beauty. When he died in 2013, Pfaff’s ashes were sprinkled on one of Isabela’s most scenic spots, the tee box of the Par 3, 200-yard, 17th hole.

The Spice of Isabela’s Life 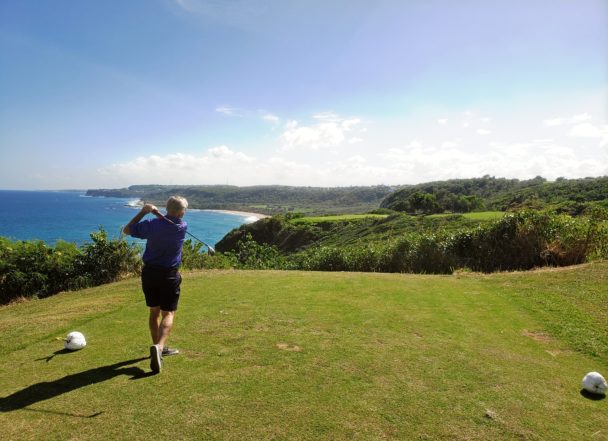 Like the dinner menu at the Royal Isabela Resort’s Jota Restaurant, Puerto Rican flavor is seasoned throughout the golf course. This is especially true on Isabela’s famed back nine in which ocean holes come at you in waves.

The 12th hole is known as Taino, for the native Puerto Rican Indians that once called the area home. From the tee box of this Par 4, 435-yard hole, golfers see the face of a cliff jutting out over the ocean to a golfer’s right. It’s said that the face resembles a smiling Taino. 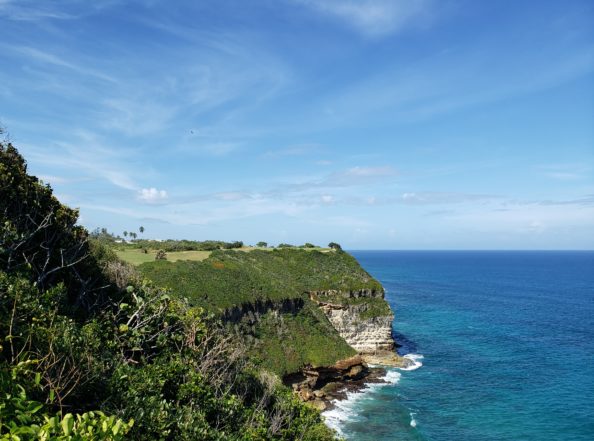 The 16th hole is named Punta Ballena, which is Spanish for Point of the Whale. In 2007, during Royal Isabela’s construction, Stanley halted the building of the 16th tee box to watch three humpback whales circle and breach for 30 minutes.

The 17th hole tee box features a tree that still grows despite leaning completely horizontal. The Par 3, 200-yard hole with the Atlantic Ocean on the left, is also home to a plaque honoring Pfaff’s contribution and his everlasting friendship with the Pasarell brothers.

Something Rare at Isabela 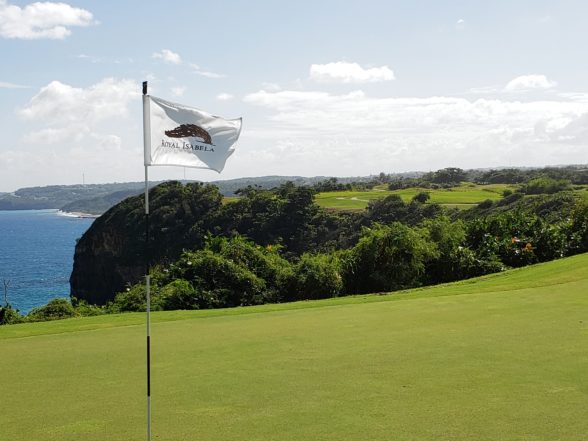 In 2013, Stanley encouraged a Department of Natural Resources biologist to visit his pristine golf course and 95 acres of oceanfront. Shortly after they had begun their walk, Stanley’s government guest started screaming. “He pointed to a butterfly that he thought was extinct. We’ve since discovered as many as 65 of these Harlequin butterflies on Royal Isabela,” Stanley said.

Nearly extinct butterflies, whales performing water shows, and trees that lean horizontal to withstand hurricanes all make the Royal Isabela Golf Course a one-of-a-kind golf experience. Preserving the natural beauty of what brother Charlie viewed from a helicopter seems to be just what an international clientele of golfers are craving. 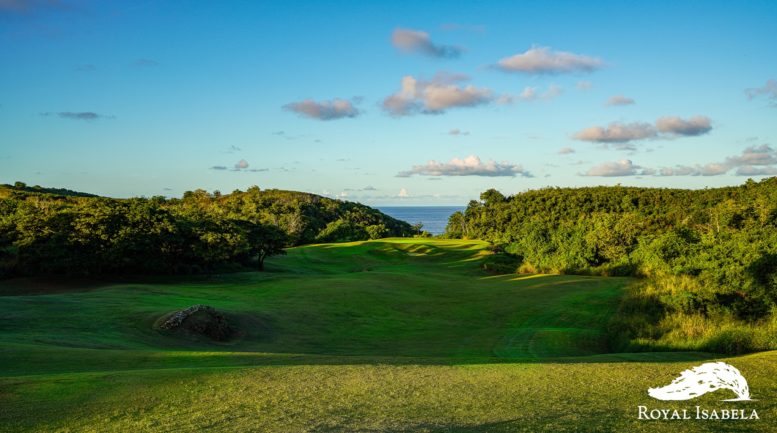 It was always Papa Pasarell’s hope that his tennis playing sons would go into a business venture together.  In 1988, Charlie and Stanley Pasarell chose to go all in on Royal Isabela Golf Course, and they are still holding serve today.