Upon relocating to the island of Eleuthera, Chef Peter Hamm learned that surprises were a way of life. Hamm’s kitchen crew must improvise when the boat carrying  supplies to his 1648 Bar & Grille restaurant is late. Hamm also needs to be patient when a power outage occurs. Since arriving on this quiet Bahamian Out Island, one of Hamm’s favorite surprises is knowing there’s no rush hour, or even a single stop light, during his commute to work.

Hamm is adapting to life on island time, and he’s thrilled with his second Caribbean go-round. Hamm’s first run at island life occurred while working as a Chef on St. John in the U.S. Virgin Islands. Two years ago, this Grand Rapids, MI-native decided to re-explore the idea of working in the Caribbean after catching a glimpse of the site where his restaurant resides during the early construction process. 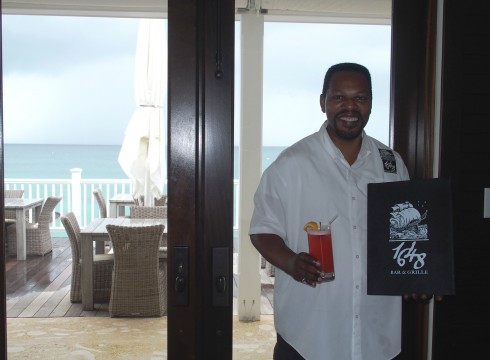 At the time, Hamm was working as a Chef in Pinehurst, NC. While vacationing in Eleuthera, Hamm happened to check out the future Harbour Village, a 270-acre development where the 1648 Bar & Grille restaurant now thrives. Not only would there be a restaurant, but the property also would include a marina, four villas, an event center, gift shop, and a waterfront boardwalk. Harbour Village is conveniently positioned in the center of the island, and it’s just a 10-minute drive to the airport.

Imagination is Reality in Eleuthera 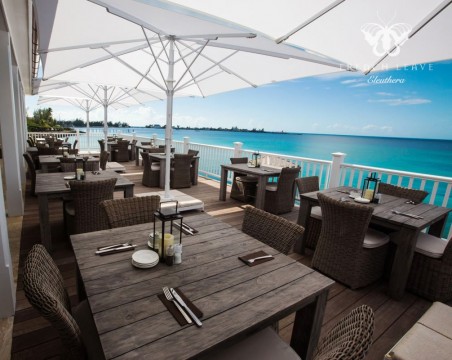 “I visited Eleuthera on holiday with my wife and daughter. I thought this restaurant offered amazing potential. With my previous experience on St. John, I imagined seeing myself working on this beautiful island,” Hamm said.

One of Hamm’s co-workers at the Pinehurst restaurant was Byron Lowe, a native of Nassau. Hamm convinced Lowe to return to the Bahamas, and the twosome helped open the 1648 Bar & Grille in November of 2014. 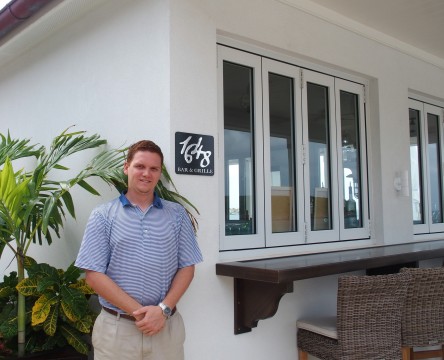 “When we started, we assumed that business would be gradual. Instead, we’ve been busy since day the day we opened the doors,” Hamm said. The 1648 Bar & Grille is currently the number one ranked restaurant on TripAdvisor for the 110-mile long island of Eleuthera.

Investing in Staff, Customers, and Menu 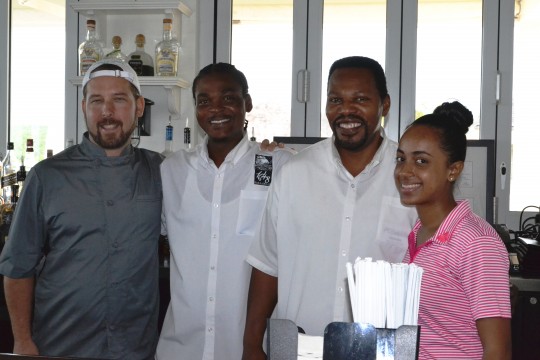 Hamm and Lowe felt it was important to plant major roots in Eleuthera. About 90 percent of the 1648’s staff is Eleuthera home-grown. When engaging with customers, the restaurant team makes a point of promoting not only the restaurants amenities, but also Eleuthera as a vacation destination. The goal is make a return customer for the 1648, and the island of Eleuthera. 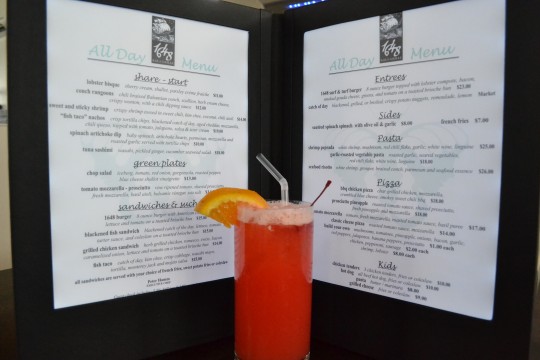 Hamm, Lowe, and the Harbour Village management team put a lot of blood, sweat, and tears into the restaurant’s menu. “In addition to appealing to customers with high-end seafood items, we also have tasty choices with a lower price point. Eleuthera can be an expensive island for vacationers. We wanted to include appetizers and menu entrees that were affordable,” Hamm said. 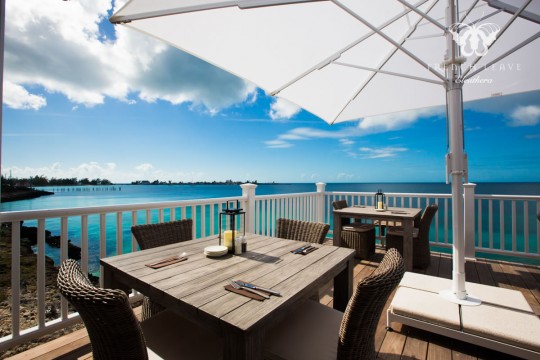 Lobster is prevalent on the menu, both as a dinner entree, and as a feature on another 1648 Bar & Grille surprise. “After a lot of head banging on what to include on our menu, we decided to carry a thin crust pizza. Our White Lobster Pizza has been a huge customer favorite,” Hamm said.

The Harbour Village crew is always thinking of ways to enhance their indoor and outdoor dining experience. The property’s French Leave marina is about to be expanded. The advantage to the restaurant having its own marina is apparent every morning when fishermen drop off the catch of day. Hamm’s customers dine on the freshest seafood. The marina also allows yachters sailing the Caribbean to add the 1648 to their lunch or dinner itinerary. 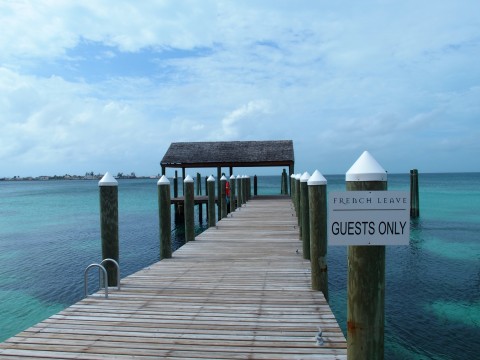 The main road running along the entire length of Eleuthera is called Queen’s Highway. Drivers who see the 1648 and Harbour Village signs usually have no idea what’s in store when they pull over and park. The breadth and quality of the Harbour Village development is an eye-opener. 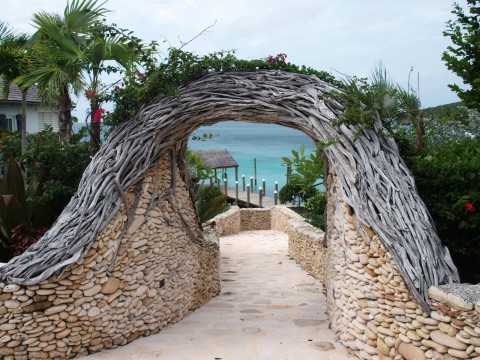 Miles of hand-laid stone direct you to an entrance and walkway that leads to the marina, gift shop, villas and the 1648 Bar & Grille. The attention to detail and awesome views of the Caribbean Sea catch newcomers by surprise. For Peter Hamm, and his eager team at the 1648, these kinds of surprises are always on the menu. “If you turn in at our sign, you won’t be disappointed,” Hamm said.